Among US Game: What is It, How to Download and Play on Android, iOS Phones, and PCs? 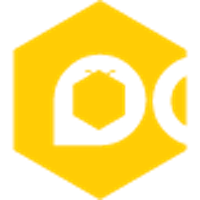 You must have heard about the online game, Among US, which has gain overnight popularity on Twitch and broke all the records on Stream. You might have seen the video clips of the game on YouTube, Twitch, and other video-sharing platforms. When I looked at the gameplay video for the first time, I found it very funny and strategic at the same time, the avatars look cute but you have to look for an impostor also.

It’s an online game that allows 4-10 players to play at a time. In the game, you have to prepare your spaceship for departure, but you have to be aware of an impostor who is behind everyone to kill them. Among US has crossed 3.8 million active users last weekend including PC and mobile users. According to the reports, the game has been downloaded over 100 million times on Android, iOS, and PC.

It has 80 million downloads on Android, 18 million on iOS, and 4 million on PC. Playing this game is very easy and you can play it on your PC, iOS, or Android device. The PC version will cost you NGN 51,199, but you can legally play the game on PC without paying a single penny. Here’s how you can play the game for free.

How to Download and Install Among US on Android Mobile Phone?

How to Download and Install Among Us on Apple iPhone?

How to Download and Install Among Us on PC or Laptop for Free?

Among the US is available on Steam for NGN 51,199 for PC and laptop, but there is a legal way that will allow you to download and play the game for free without paying anything. You need to follow the given steps below.

How to Play Among US on Any Device?

Among US developers InnerSloth has released a new patch note for the game that brings a host of interesting features. The new features are available across all the platforms including Android, iOS, and PC via Steam. The patch note reveals that the players will be able to vote anonymously and all the votes will appear as grey.

The update also brings new taskbar modes including a meeting mode, which only updates the bar during the meetings. There is an invisible mode that removes the taskbar entirely and always mode which works as it does currently. The update also brings colorblind support. The developers have also revealed that they are preparing a new map for Among Us. The new map will be free for all players and comes with the ‘Henry Stickmin theme’. The theme is based on the older series of games by the same developers.

Why was Among Us 2 canceled?

The developers of the game Among Us canceled the sequel of the popular online game. The company says that it wants to focus more on enhancing the Among Us game and take it to the next level by adding a host of new features, maps, and more.

Who is the best among US players in the world?